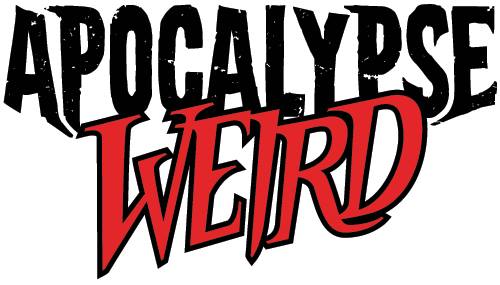 I remember, I was probably eleven or twelve years old, when I got my first tape recorder. That was back in Germany sometime in the seventies. Best of Elvis was out and everyone still listened to The Beatles. You can get those recorders now for $1 on ebay. It looked very similar to this:

From that point on, I’d sit in my room for hours at a time, recording “Hoerspiele,” stories complete with narrator, characters and special, home made sound effects. I was always Bruce Lee. He was my hero. I made up stories in my head while narrating into the tape recorder. I’d fall to the floor when Bruce was hurt, run around my room as if I was running through some dark back alley and I talked in different character voices. I don’t think I ever listened to the tapes afterwards. Unfortunately, none of those survived.

Then came a time when I read a lot of demon hunter novellas. They came out every Friday and I’d buy one and stay in bed reading on Saturday mornings.

I think I was seventeenish when I started writing a novel. It was a spy/military novel based mostly on stories and characters in Alistair McLean and Robert Ludlum books. Then life happened and for the next twenty years I didn’t write much. When I came to the U.S. in 1997, I got my GED and went to Ulster County Community College for an associates degree. It was during an English class, after I had handed in a writing assignment, when my teacher told me that I should pursue writing. I remember that day, and the reason why I remember that day is because I realized at that moment that this was what I wanted to do. It made me feel all warm and fuzzy inside.

I can’t write in German for the life of me. Nothing comes out. I can’t describe images nor transfer emotions onto the page. But somehow, writing in English allows me to put what I feel and see right onto the page. When I went to SUNY New Paltz to continue with my Bachelor Degree studies, I took a few creative writing classes. At the same time, I had another idea for a novel. I began writing it but after a few pages I realized that I saw everything that happened in camera angles and full color as if I was sitting in a movie theater. So, I took a screen writing class and started to write screen plays. I wrote four of them. The first one came dangerously close to being optioned. In fact, the producer in Los Angeles had sent me the contracts to sign. I think I froze. Instead of going with it, I gave her several reasons why I couldn’t do it.

I wasn’t ready, wasn’t anywhere near ready. But that time, roughly between 1999 and 2004, cemented in me the wish to write, even more. Then life happened again – divorce, move, career change, etc. I went to therapy and one part of the healing process was guided imagery journeys. Somehow, my therapist thought they’d help me and, besides the very nice English teacher back in Community College who told me to write, my therapist is fully responsible for what came next. The imagery journeys I undertook brought me to places right out of a Lord of the Rings setting. They were highly symbolic and deeply moving and meaningful to me. Also at her suggestion, I began to write down what I’d seen and encountered during those sessions. This kept me writing for a bunch of years until The Three Feathers came along and my self publishing journey began.

Of course I thought The Three Feathers would be an overnight success and I’d write full time from now on and get a pool, an Audi, and whatever else the imagination can think up. And, also of course, it didn’t happen. But, again, I realized that I just wanted to write and whatever happened with the books became secondary. I met Hugh Howey in New York City in 2012. As fate happened, Hugh was in the city to talk to his publisher about Wool. I had no clue who he was but Amy, my fiancee, had found him on the internet one Monday night. She said, “Hey there’s this guy who self publishes and he’s got a meet up in the city TOMORROW!”

I went and we met and had a nice night out with about a dozen fans and readers of his books. Those meet-ups were small back then. Nowadays, there would probably be a town hall to hold the people who want to meet him.

Hugh has helped so many of us independent authors to find our footings, to keep it real, and to keep going. Thank you, Hugh!!

Then I wrote a bunch of other books and while I wrote those, something else happened. But let me back track for one moment: While I wrote The Three Feathers, I had been thinking about the German saying, “Der Weg ist das Ziel,” which means that the goal of the journey is the journey itself and not so much reaching the destination. I knew there was some thruth in it but I also knew that something was missing. My dear friends and characters in The Three Feathers, Joshua, Krieg, and Grey, through their love and unwavering loyalty to each other, taught me that neither the journey nor the destination are the important but rather the companions we pick up along the way.

So, anyway, I wrote a bunch of books and, on the way, began to meet other authors, fellow indies who were on the same journey I was on. They struggled, they tried all kinds of different things, they were desperate, hopeful, enthusistic and ALWAYS ready to help whenever it was needed. Out of that crowd of very talented writers and extremely nice human beings, I became good friends with Hank Garner who had just started his Author Stories Pod Cast series – a podcast in which he interviews fellow indie authors about what made them want to become writers and such. We connected on Facebook and realized that we had a lot in common.

I went on his show and we had a blast during the interview. A few months later, Hank did an author round table and, to my surprise, he invited me back. There was Nick Cole, Jennifer Ellis, Michael Bunker, Chris Pourteau, Hank and myself. We had a nice two hour chat with lots of laughs and good stories to share and in the midst of it, someone suggested that I’d write a story for Apocalypse Weird, the new thing Michael and Nick had come up with. After the podcast was taped, I completely forgot that part of it. I guess I thought they were kind of joking when they said it.

A few days later, Hank messaged me. “Hey, so you’re writing for Apocalypse Weird? Are you gonna do it?” “What?” I had no recollection of it being mentioned. He told me that I should contact Nick and pitch him an idea, like, now. So I did. THANKS HANK!! I came up with this idea that would take place in Long Island, Amy’s home town and I pitched Nick the idea. It got accepted and, at the twelvth hour, I was suddenly part of the sixteen authors who’d write the initial sandbox for Apocalypse Weird.

I just signed the contract for one book a few days ago. If all goes well, I’m hoping to write a few more in that world. Working with everyone there, the authors, the creative team, the guys who came up with the idea, is like a dream come true in many ways already.  See, we joke a lot. We utterly and completely encourage each other’s writing. We want to make each other better writers, more successful writers. I think we all feel that we’re part of something that is slightly larger than ourselves. We can’t quite figure out how we got here but all of us have this sense that we might stand at the beginning of something big.

To get the oportunity to be a part of this group, this endeavor, is much more than a mere publishing deal. And you might have heard from authors who have been picked up by main stream publishers and said that their experience was not a good one. At Wonderment Media, the umbrella company for Apocalypse Weird, there is this almost Musketeerish sense of all for one and one for all prevalent in communications and interactions. Whatever may come of this for me personally, having had the oportunity, the honor, to work with them, has already paid off.

I hope, one day we’ll all meet for a weekend in Vegas!

Check out Hank Garner’s Author Story Podcast from the 20th of February. Nick Cole, Michael Bunker and Rob McClellan talk about Apocalypse Weird, how it happened, what it is and why it’s such an amazing thing to be part of.